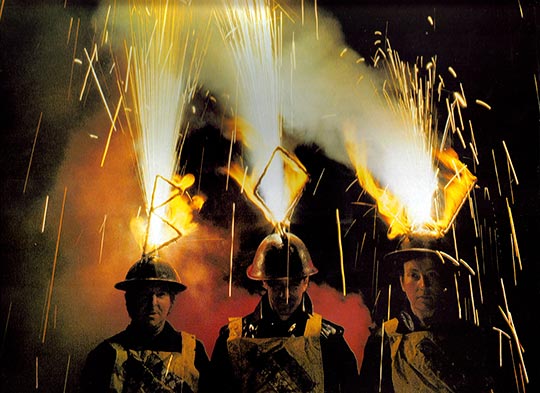 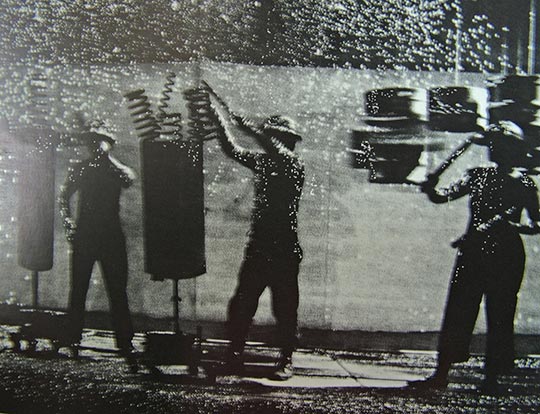 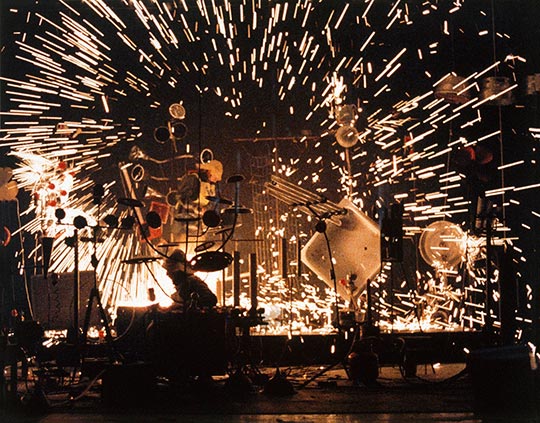 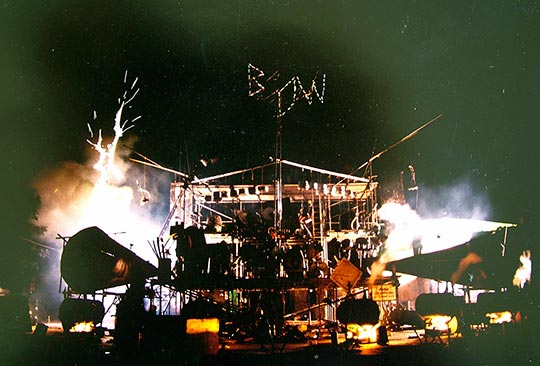 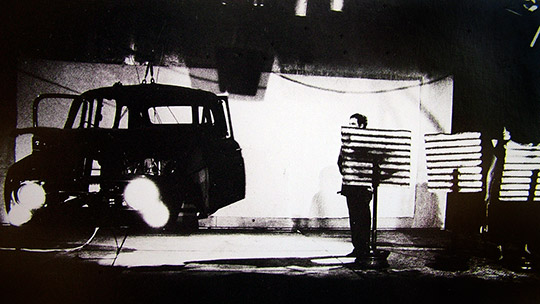 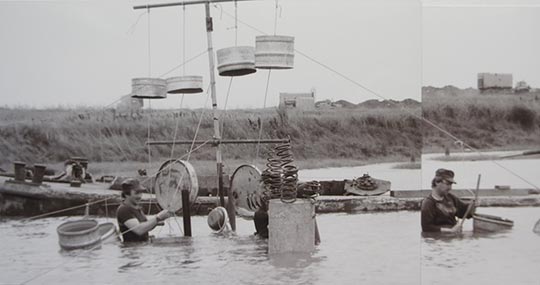 The Bow Gamelan Ensemble was founded in 1983 by Anne Bean, Paul Burwell and Richard Wilson during a boat trip up Bow Creek. Over the next eight years they created a dynamic experience using sound, light and performance which went beyond the conventional definitions of music event.

Since their first (intended to be their only) performance at the London Musicians Collective, the Bow Gamelan Ensemble made dozens of performances, events and specially commissioned works throughout Europe, America, Mexico and Japan.

The name Bow Gamelan derives from the area of East London where they lived and worked and from the Indonesian metallophone ensembles. Their instruments were all specially constructed, mostly from scrap metal, electric motors and glass and produced a wide variety of sounds ranging from the deep, organ like sounds of the pyrophones through a gamut of percussive timbres and dynamic range. Both the sound sources and the musical structures generated were unusual because of the physical relationship between the way instruments work and how they had to be played.

The unique sensibilities of the individual members combined with their long experience in the areas of performance art, drumming, sculpture, environments and multi-media made the collaboration remarkably creative and fruitful.

The Bow Gamelan grew from intimate indoor performances to large outdoor events which created new orchestras out of discarded materials around the world. They developed relationships with pyrotechnicians such as Wilf Scott, le Maitre Fireworks and El Diablo in Mexico and entered into a range of working relationships with artists and groups such as the sound poet Bob Cobbing, the American percussionist z'ev, Simon York of Miraculous Engineering, Tom Leadlay of the Thames Steam Launch Company, Eel Pie Marine, Ballooning World, historic re-creation societies and remote control helicoptor enthusiasts.

They serve up adventures in music, sculpture and performance that dazzle the eyes, astonish the ears and stimulate the imagination of viewers with an unorthodox magic.

The Bow Gamelan Ensemble… is the most stunning cross media project of the decade. Gloriously inventive, riotously funny and completely accessible.

The sheer scale of the thing is a delight to behold… the smoke and light constantly changing creates a strange beauty where you would never have expected to find it.

Great Noises that Fill the Air 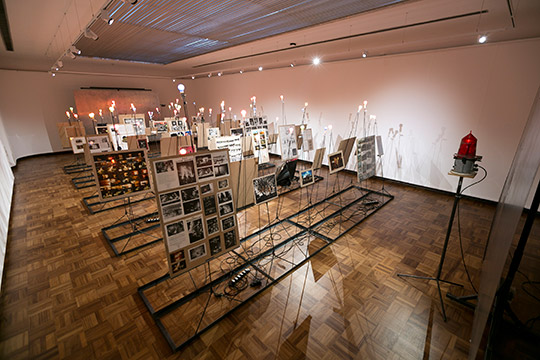 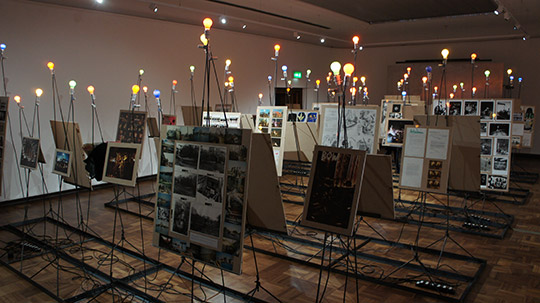 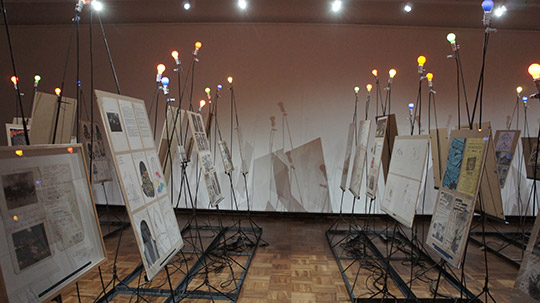 At the loud heart of Great Noises that Fill the Air was a radical take on archival display. Drawn from sketches, photographs and ephemera from Bow Gamelan Ensemble’s archive and placed on music stands, this interactive installation acted as a ‘symbolic score’ heralding new ways of perceiving and creating sound. Underscoring the tumultuous din of their experimental collaborations were The Thundersheet. This newly commissioned kinetic sound sculpture and collaborative acoustic instrument was activated live by Anne Bean and Richard Wilson at the opening ceremony of the exhibition filling Cooper Gallery with a vast spectrum of sound rippling on the cusp of meaning.