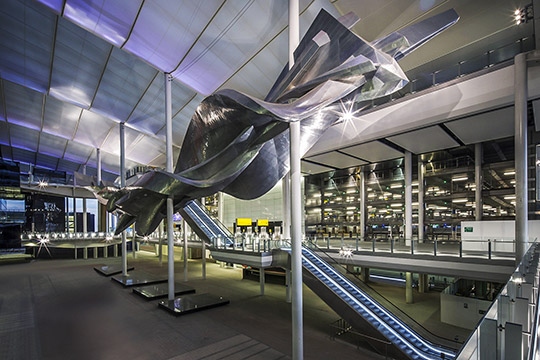 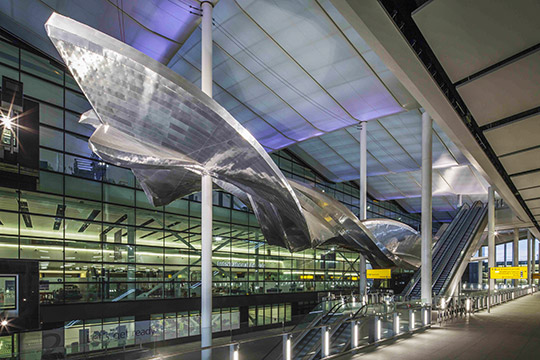 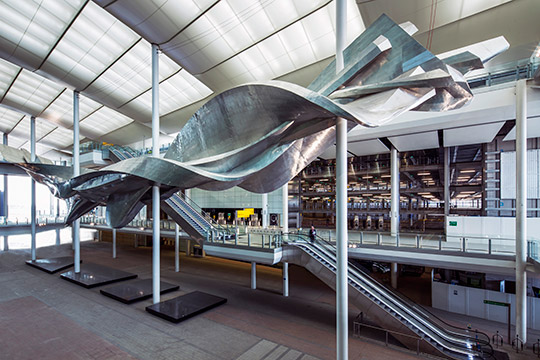 Slipstream was unveiled in 2014 in the Terminal 2 at Heathrow Airport. Set to become one of Britain’s most viewed public sculptures, estimated to be seen by 20 million passengers a year, Slipstream is one of the longest public artworks in Europe at 70 metres.

Slipstream is inspired by the exhilarating potential of flight, coupled with the physical aesthetics of aircraft. Constructed in aluminium, the piece aimed to solidify the twisting velocity of a stunt plane manoeuvring through the volume of the new terminal.