A Slow Event: A Fresh Bunch of Flowers 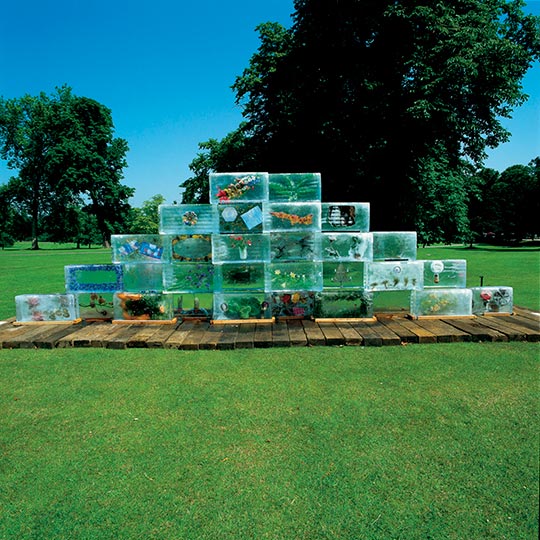 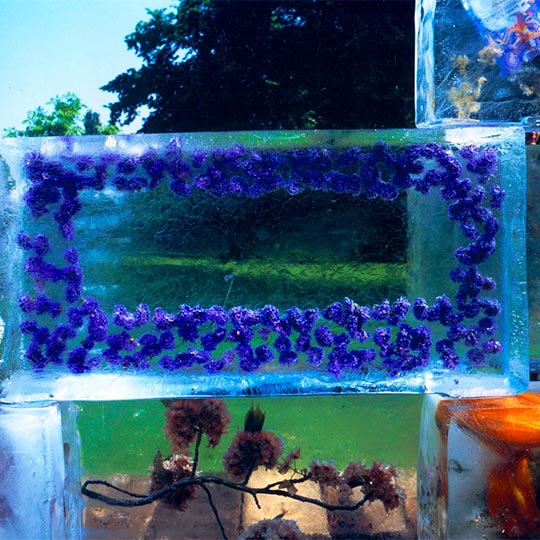 In June, 1992, exactly ten years after the death of Stephen Cripps, an artist who used sound and fire in his original and influential actions, Anne Bean, Paul Burwell and Richard Wilson created an ephemeral but monumental work for him, reflecting the ethos of his own work.

Flowers which expressed moments in Cripps’s life, suggested or contributed by his friends, were frozen into clear blocks of ice creating a 10’ x 36’ structure which melted over the course of a day leaving wilted debris at nightfall. People sat and watched the slowly and constantly changing structure over the course of the day as various blocks melted at different rates with sudden splinterings, shifts or collapses.

In the evening, in a work called A Fast Event, Anne, Paul and Richard launched the book that had just been published on Stephen, Stephen Cripps, Pyrotechnic Sculptor, literally into the air, by detonating it inside a mortar sending pages flying skywards.